“You gotta be a little crazy to work with plants on a desert island!”

If you are a green finger it’s unlikely that you haven’t graced the establishment that is GreenLabel, the largest and only like it on Bonaire.  Here the team is employed in every aspect of gardening, from making cuttings, growing plants and selling gardening equipment to installing gardens and maintaining them.  It’s a full-scale operation as Ap Van Eldik states, “Not one business in Holland offers that range.  But here you have no choice.”

Ap is the director and driving force behind GreenLabel.  You could say he is the Godfather of the gardening business on Bonaire.  A Godfather in the sense that he is widely known on the island, pioneered a business with no predecessor and rose from rags to riches.  To be clear though, if he gives you an offer you can’t refuse it’ll be a quote for a lush garden and not two blocks of concrete attached to your feet! 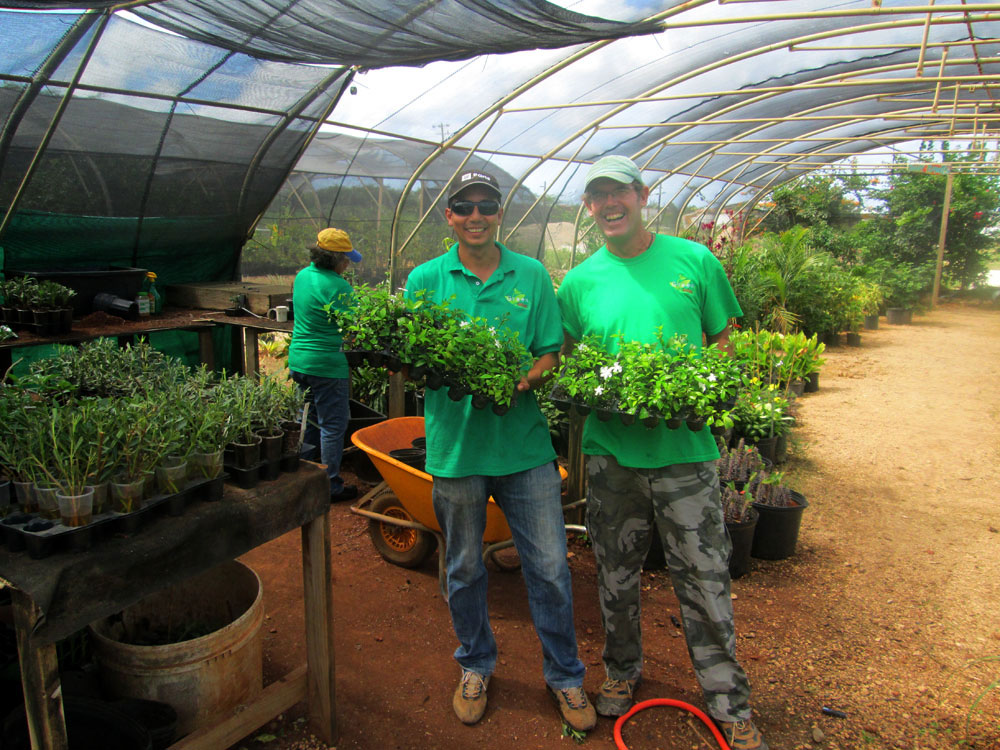 Ap arrived on Bonaire from Curacao with his partner Agnes to manage the gardens at Plaza Resort where he quickly enjoyed success.  He came from a well known nursery family in Holland and in his words has always been, “a plant man.  I was raised in green”.  His plan was to travel South America with Agnes and then return to Holland to work in the family business.  But on Bonaire came, “the surprise of the year” – little Ruben, his first child.  So Ap decided he better grow up a little and thought, “this place must be like heaven to raise a child.  It is.  It surely is.”
After showcasing his knowledge at Plaza people started to approach Ap for gardens.  He soon saw a demand and was convinced he would be successful.  Ap started with different business partners but eventually ended up going solo and had a shop (opposite the Napa store) and grew plants from his nursery at home.  He has always been focused on the landscaping aspect of the business and to manage the shop was landscape designer and gardener Johan Van Blerk who worked at GreenLabel for 9 years.  Ap is proud of the exploration and creativity they used in discovering how to grow on Bonaire. They started with 100 plant varieties and now have well over 400.  As the business grew it moved from the shop to a warehouse next to Lucky Imports and then GreenLabel bought a plot behind there and built their own warehouse where they are currently located.  As well as this they now have a flashy new fleet of vehicles (why not rent your own on Bonaire?), a Bobcat and a digger.  After living on Curacao and seeing Aruba and the States Ap had an idea of what he wanted.  He didn’t want to create another Florida; he wanted to include as much drought tolerant, semi-local and local plants that belonged to Bonaire as possible.  Some he thinks are overrated like the Qui but some he thinks are very useful like Wayaka, Watakeli, Oleifi, Oliba, Saddlewood, Karawara and Green Buttonwood.  Although he works with what is in fashion he also likes to promote the use of fruit trees (which he actually wrote articles about in the past for the Reporter).  For local he recommends Shimaruku, Hoba and Kenepa and his other favourites are Suriname Cherry and Sugar Apple.  His number one flowering plant?  Icy Pink Oleander.  It doesn’t need much water, grows compact for an Oleander, has dark green leaves which don’t get eaten and has very light pink flowers all year round.   His number one palm?  Thrinax radiata.  It has no diseases, is drought resistant and has no problem with heavy soil.  He also loves the Green Malayan Coconut and has worked many years to find the best strains. 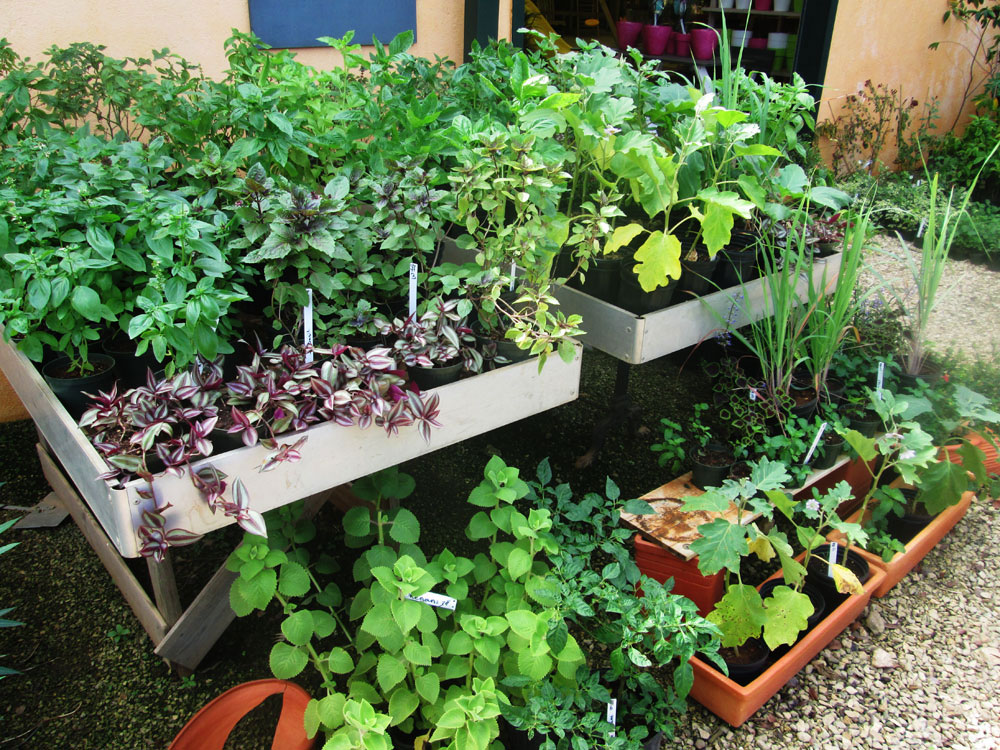 Nowadays he is at 65-70% of where he’d like to be in terms of growing and propagation results, watersaving and trying out new plants for propagation.  He works closely with GreenLabel’s trained grower Andres Bermudez to get the best results.  Andres is very proud of what he calls his ‘babies’!   Ap brings him cuttings which he then neatly processes into either water or into trays with special American potting soil.  Depending on the plant they get dipped in rooting hormone powder.  The plants eventually get potted up into a mix of 50% local diabaas soil, 50% coco mix (shredded coconut byproduct which Ap actually buys from a company his brother works for based in Sri Lanka) and depending on the plant, additions of potting soil,  goat manure or osmocote fertilizer.  He says, “In Holland every plant has a different kind of soil.  Here there is very little variation.  We need them to be strong on Bonaire.  98% survive after being planted.”

As some may know, sadly, Ap, Agnes and their children Ruben, Nils and Lianne are moving back to Holland.  He comments, “after 15 years it’s time for another adventure.”  Ruben is old enough to study in Holland and Nils will shortly follow so the story feels full circle.  Ap is trying to sell GreenLabel but he would like to keep something on Bonaire.  Possibly grow vegetables with a business partner using all his expertise.  He really values all the efforts from growers on the island and would love to have a few acres near the sewage plant of LVV.  “Imagine what you could do with all that water!” he exclaims.

I ask about the fact that despite all this he still maintains a small nursery at his home to which he laughs and replies “it’s my hobby.  It’s the only thing I know!  Luckily this Sinterklaas they gave me a headlamp so now I never have to go back inside!”  It’s quite a story but I think you could summarize ‘the Godfather’ by the motto hanging on his office wall: “There are 2 types of people, the one who talks about it and the one who does it.”