The nice thing about working in a university is the long vacations. On this trip we had five weeks staying in Kailua-Kona on the Big Island.

One of the high spots of this visit was seeing the newly reformed Hapa in concert at Keauhou on 18th December. They were joined by Eric Gilliom and played one of his songs as well as those by the previous Hapa lineup. I got most of the concert on video and will transfer it to VCD to make it easier to watch on TV.

For some time we intended to hike on the upper slopes of Mauna Loa, but never made it until now. On 20th December we met friends Tom and Priscilla at the parking area near the 7,000 foot mark. We have not done much hiking at this elevation and so we just walked up the trail for a couple of hours before returning. We intend to get at least up to the first cabin on our next trip. The views here are as breathtaking as the lack of oxygen literally is.

We did a couple of very nice dives with Jonathan and Nancy. On one occasion we went to Mile 4 and Jonathan showed Jeff and I the chimney and caves, which I had missed on previous dives. We saw a number of sleeping turtles and a pair of red Pipe Fish in the caves. The surf was a bit high for a dignified exit - I ended up cleaning sand out of my equipment for some time after this one.

Christmas Day was memorable not just for the lovely meal spent with our friends at the 'Kona Bay Community' but because of the many whales we saw just a little way off shore. There were some very impressive breaches and pectoral slapping. No pictures - sorry!

On the 26th we did our usual walk in the vain hope of getting rid of some of the calories accumulated so far. We went with Priscilla to South Point / Ka Lae and the Green Sand Beach. The surf was too high for good visibility in the water so we did not realise we were close to a turtle until it was less than half a metre away.

On New Year's Eve (or Old Year's Eve, as they call it in Holland) we went out for a day on the water with Jack and his son Nigel. It was another memorable day - at some points we had Humpback Whales all around the boat and could watch them interacting with each other. We also saw a large pod of Spinner Dolphins and a pod of Pilot Whales.

One of our 'discoveries' on this trip was the village of Puako on the north west coast. There are a number of sea access points here and turtles come into sheltered inlets here - sometimes to feed and sometimes to bask in the sun. If the surf is down it is worth snorkelling to the outside of the reef. There are attractive places up and down this stretch of coast.

On 9th January we hiked down into the Pololu Valley and up the hill on the other side. The views from the top are spectacular and worth the effort. Pictures don't do them justice, but here are a couple anyway.

We had some delightful evenings out, including my birthday, towards the end of our time here and we went to Huggos on the Rocks, Lulu's, The Beachcomber and other places we like. We are so lucky to have made some really good friends here. Mahalo nui loa to Jan, Jonathan, Nancy, Tom, Priscilla, Lon, Kate, Alison, Gina, Jack, Sophie and Rick - good, kind, interesting people all... 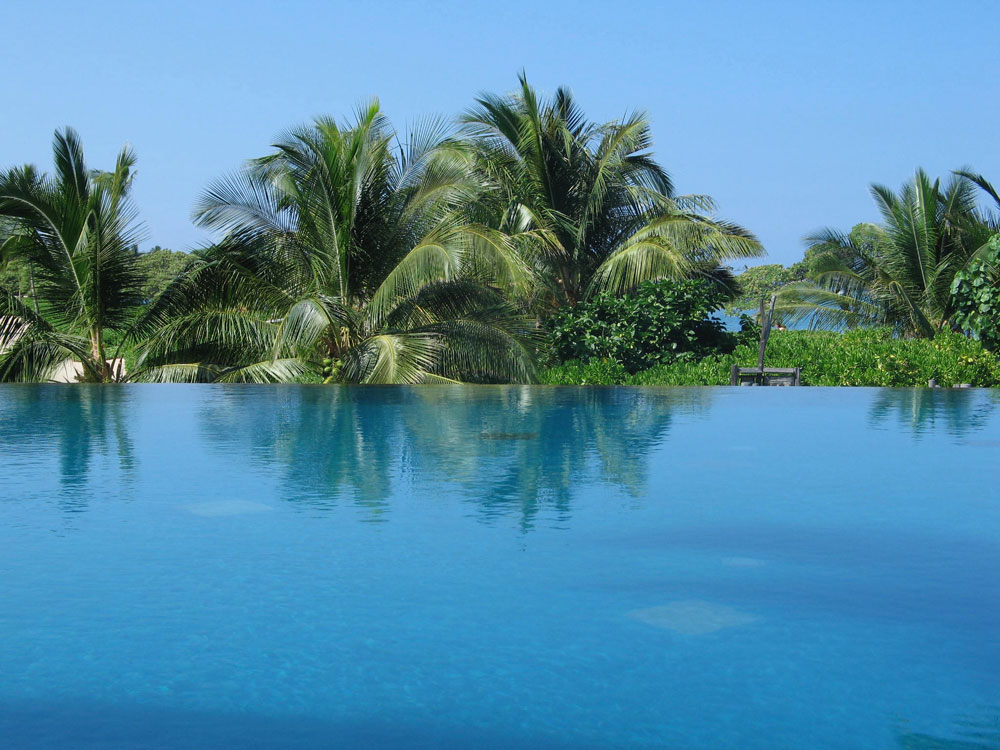 Over the years we've read a lot of guide books to Hawaii. Most are fine, but Jerry and Janine Sprout's Trailblazer guide to the Big Island is our favourite.

It covers the usual resort and tourist areas, but also includes places most tourists never get to. If you have visited Hawaii as often as we have, that is a big plus. It includes clear and concise driving directions, and trail descriptions.

The guide also includes sections on Hawaiian culture and history; museums; a 'Kids Only' section; tours of the Parker Ranch and the Kohala Coast, Hilo and the Heritage Coast, and Kona coffee country; and safety tips and trip-planning advice.

Things that would make Kailua-Kona nicer:

» Less traffic or better roads- a no-brainer. I think a new set of politicians is needed in Hilo before any progress will be made on this one.
» Less tolerance of public drug consuming and dealing. There are several places in Kailua where it goes on (the small beach opposite the Kona Islander Inn, for example), the police drive past regularly, but apparently do nothing about it.
» More rigorous pursuit of petty crime, before it gets completely out of hand. This is partly related to the previous one.
» Get more of the drunk / drugged drivers off the road.
» More efforts to prevent and clear up litter - when you cycle around you get to see what a mess the roads and paths are in.
» Make the centre of Kailua-Kona a 'pedestrians-only' zone.

Despite some of the things that we see as problems, the Big Island is still our favourite place anywhere. I hope we can make it back before too long.